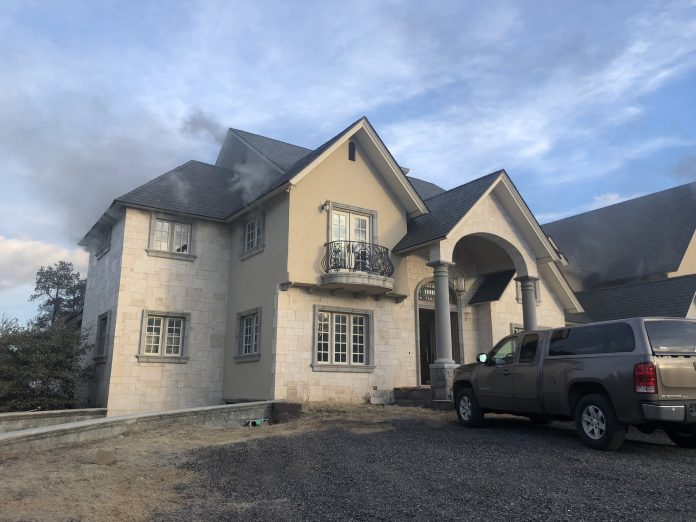 Early Sunday evening, Prescott Fire responded to a garage fire in the 1900 block of Victoria Drive in Prescott. The occupant said that his RV had caught fire inside the garage and the fire was spreading. Fire fighter Jeff Jones says this was a difficult fire to fight as the narrow and long driveway was impassable and engines were forced to make access from adjacent streets. Jones says crews were able to keep the fire from spreading into the attached house. He says crews were on scene for 6-hours.The exact cause of the fire is still under investigation and the dollar amount of damage done to the house is yet to be determined.